This was the time of princes and princesses. Of a Grand Master that became a king and married a blue eyed English princess. Of their children that were set to conquer the world and shape the boundaries that we know today. It’s the story of a general, whose legendary loyalty won him the title of “Condestável” – Constable of Portugal. And it’s the story of a monastery, built to celebrate Portugal’s definitive victory over Castilla’s armys.

The 14th century was tough on Europe, from the Hundred Years’ War between England and France to the bubonic plague that devastated the continent. Portugal was no less in trouble: King Fernando I died leaving princess Beatriz, married to Juan I King of Castilla, as his only descendant. Accepting Beatriz’s claim to the throne was a direct path to handing the Kingdom to Castilla, and that was something the Portuguese nobility and merchants were not set on doing.

D. João I, Grand Master of the Aviz Order, was claimed as the rightful heir to the throne (he was a bastard son to King D. Pedro I – the “Just” or the “Cruel” – a love and horror story that we’ll tell you in another post). With D. Nuno Álvares Pereira by his side, he went on fighting Castilla’s claims to the Portuguese throne. In parallel with the military incursions, D. João I engaged in diplomatic efforts with England (signing the longest standing treaty in the world and promising to marry John of Gaunt’s daughter, Philippa of Lancaster) and the Holy See. The British sent men, and the Holy See recognised D. João I’s claim to the throne. 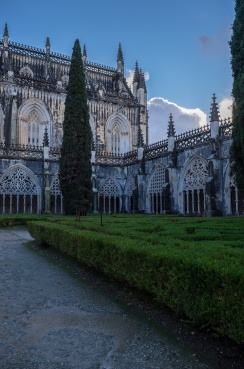 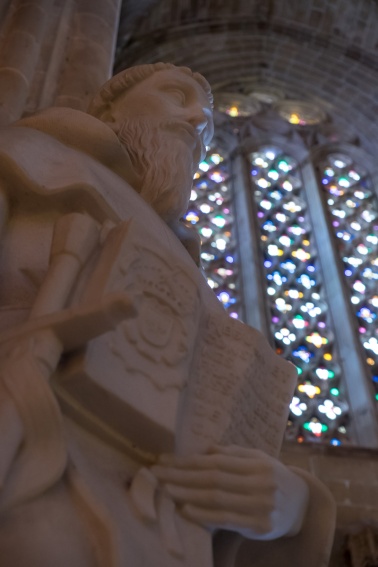 D. João I became King of Portugal and married Filipa de Lencastre (the English may call her Phillipa of Lancaster, but to us she’ll always be Filipa), founding one of the most creative and rich dynasties in Portugal – the dynasty of Aviz.

Their sons were the “Illustrious Generation”, with Infante D. Henrique widely known for the expansionist aspirations and navigation school that initiated the “Discoveries”.

D. Nuno Álavares Pereira became the Constable of Portugal, the second most important person in the Kingdom.

To celebrate the victory and honour the “divine help”, D. João I ordered the Batalha Monastery to be built. It took close to a century to be completed, and even then, the so called ‘Imperfect Chapels’ were left unfinished as D. João III decided to concentrate efforts in the Jerónimos Monastery, a pearl of Manueline style that can be visited in Lisbon.

Detail of the ‘Imperfect Chapels’

Entrance to the ‘Imperfect Chapels’, in an intricate Manueline style (Batalha, Portugal) 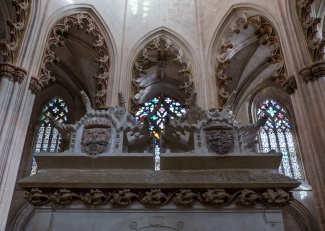 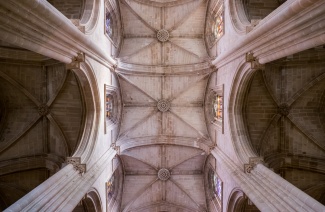 Detail of the ceiling, at Batalha Monastery, Batalha, Portugal

Yet, despite its open sky ceiling, the ‘(Im)perfect Chapels’ are a true testament of the craftsmanship of the artisans of those days. It’s a beautiful place to visit and admire the delicacy of the ornaments, the imposing architecture and the rich decorations. 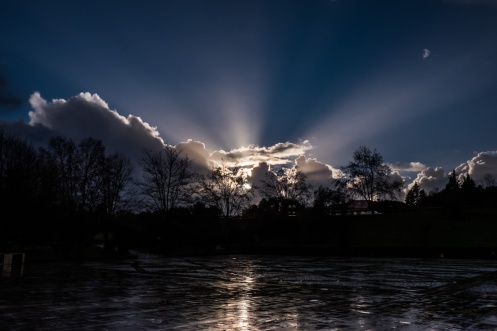 It was a rainy and cloudy day at Batalha… 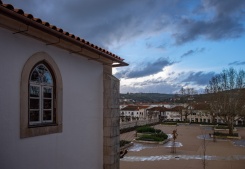 … but we still managed to capture the beauty of the surroundings…

… including this auspicious rainbow

10 thoughts on “Batalha’s story of Kings and Heroes”