As I made my way towards the cemetery’s entrance, I noticed, from the corner of my eye, somebody approaching me.  He crossed the road at a hurried pace and addressed me in English. “Sir, the tram stop is that way”. He was a guide, shepherding tourists to the popular 28 streetcar that passes by many of Lisbon’s historic neighborhoods. I retorted back in Portuguese: “Thank you, but I’m actually going to the cemetery”. He glanced down at my camera and offered me a puzzled look. It was the same look Jules had given me moments before, when I told her I was going to take a soothing stroll through the graveyard. Let me try to convince Jules, the tourist guide and perhaps you that a cemetery can be a restful place not only for the dead, but also for the living. 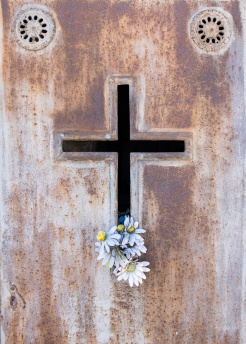 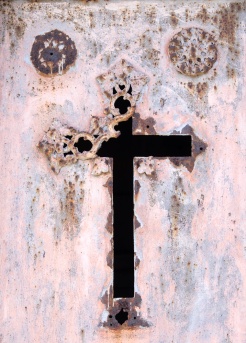 I’ll start with my left foot. The Prazeres Cemetery was established in 1833, after an outbreak of cholera in Lisbon killed thousands. Up to that point, the dead were routinely buried in churches and other sacred grounds, but the volume of bodies and the contagious nature of the disease required a different approach. The solution was to repurpose the old Prazeres Farm, located on the western outskirts of the city, amongst the summer palaces of the noblemen. 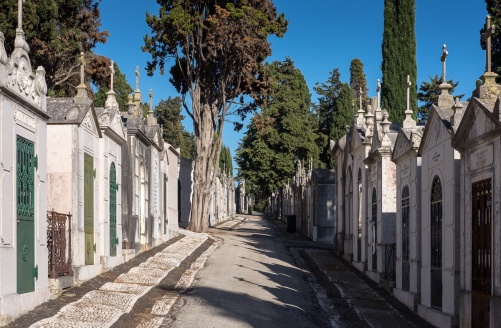 In Portuguese, ‘prazeres’ means ‘joys’, an odd name for a farm and an even odder one for a cemetery. It refers to the seven joys of Virgin Mary, which had appeared over the farm’s water fountain sometime in the 16th century. As the legend goes, drinking the fountain’s water would cure a wide range of diseases, but it was apparently of little help for those buried in the cemetery following the cholera outbreak.

The choice of location did not sit well among the city’s aristocrats, which now had a cemetery next to their summer refuges, but they eventually warmed up to the idea. Over time, the cemetery became the final resting place of choice for the city’s elite, quickly filling the available twelve hectares with finely decorated crypts and tombs. In one of its corners sits Europe’s largest mausoleum, entombing the Duke of Palmela and 200 of his family and close friends. 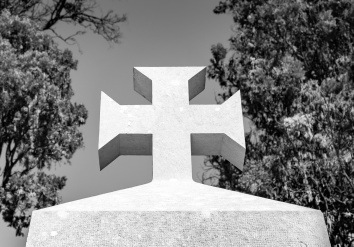 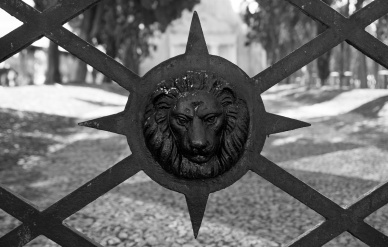 Alongside the narrow boulevards lined with tall cypress trees, rest countless actors, poets and composers. Contemporary personalities such as Aquilino Ribeiro and Amália Rodrigues were also buried here, before being moved to the National Pantheon, where they now rest alongside the cenotaphs of Prince Henry the Navigator and other long-past heroes. 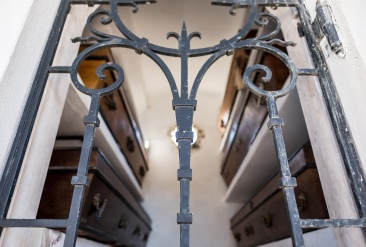 When my sister and I were kids, our father used to take us to this cemetery on sunny Sunday afternoons. We wandered through the graves, reading the tombstones, learning history and chasing cats. We would slowly make our way towards the western edge of the grounds, to enjoy the sunset over a spectacular view of the river. 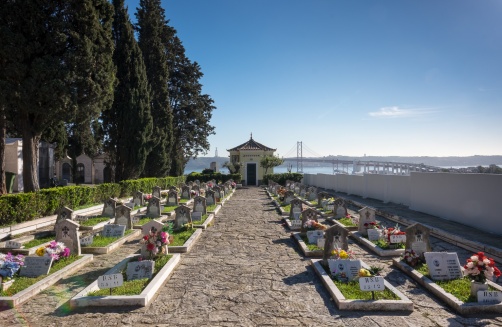 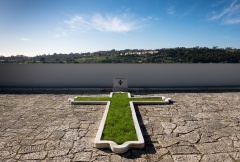 Jules always cringes when I tell her this, perhaps because she grew in a small town. I imagine that doing this on the small local cemetery, where many of the tombstones bear her own surname, would be a different matter altogether.

On that same fateful year of 1833, a second cemetery was erected in the eastern part of Lisbon, in Alto de São João, near where Jules and I live today. This was – and still is – a less chic part of the city, so the cemetery grew a more plebeian roster of residents. Perhaps because of that it was chosen as the place to honour the heroes of Portugal’s first Republic, including the likes of Miguel Bombarda and José Elias Garcia.

These two cemeteries offer a unique perspective of Lisbon’s past. While the city itself constantly changes, its cemeteries remain motionless. Places are not built over, families do not disappear, stories are not forgotten. Far from the cacophony of the busy streets, away from the urgency of our fast-paced existence, one can listen to the serene voices of those that have all the time in the world.

64 thoughts on “The eerie beauty of Lisbon’s cemeteries”