We arrived at Valparaiso by nightfall. Our Airbnb apartment had a jaws dropping view over the city, it was a beautiful start. The city lights punctuated the night, trembling like small candles. I don’t think any of our photos do it justice! We would soon find out that amazing views are bread and butter in Valparaiso. Wether you are in downtown looking at the Pacific, or in one of the ‘cerros’ looking down to the city and further into the ocean, this city will always amaze you with breathtaking views. Perhaps one of the most glorious is from Pablo Neruda’s La Sebastiana, one of the three houses that the Nobel laureate poet had in Chile (the other two are in Santiago and La Isla Negra). Standing in his office, with his desk by your side and peering through the amazing view from the window, you can almost feel inspiration coming. Neruda’s friends and colleagues used to comment on the poet’s easiness to create inspired texts. To them he would reply “it’s not inspiration, it’s my work!”

Our first glimpse of Valparaiso: a kindled skyline

Pablo Neruda’s inspiring views over Valparaiso and the Pacific Ocean 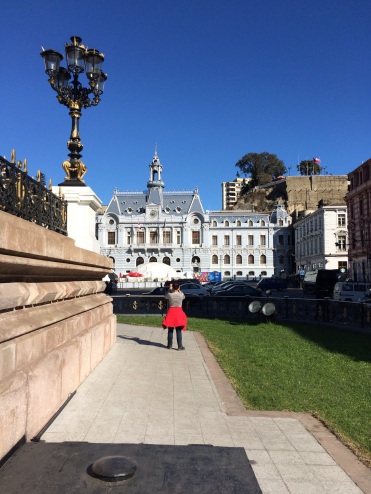 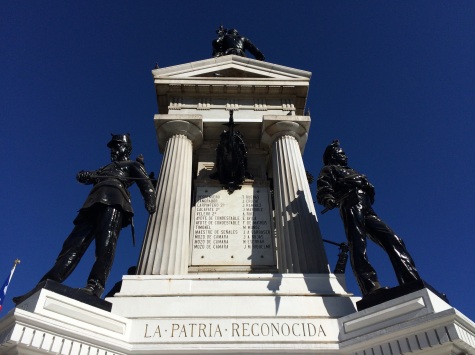 Valparaiso honors Arturo Prat, a national Chilean hero of the Pacific War. Despite being killed and losing his boat during this war, his actions were an inspiration that lead Chile to victory

The ‘Palacio Astoreca’ hotel, installed in a beautiful Victorian building from the early 20th century. By its side, the Palacio Baburizza is now Valparaiso Fine Arts Museum 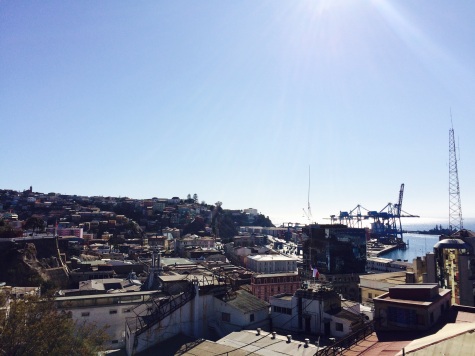 This view reminded us of Lisbon! 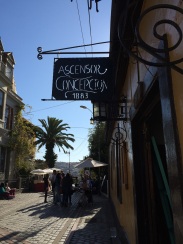 The entrance to most of the funiculars looks like regular houses 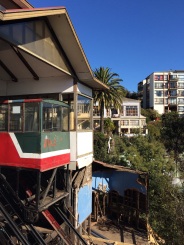 From the original 26, only 8 funiculars are still operating. This one was undergoing a (much needed) renovation 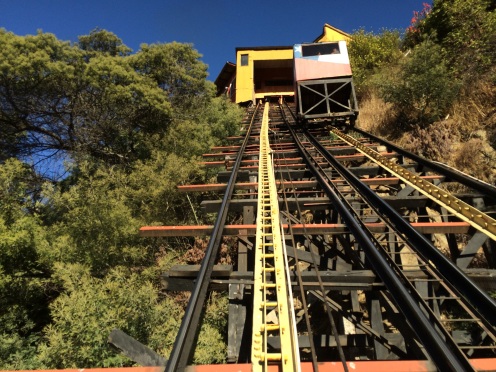 A view from the bottom of Cerro Alegre, in probably the most well known street in Valparaiso

On top of the Cerro Alegre you’ll find the famous ‘We are not hippies, we are happies’ motto 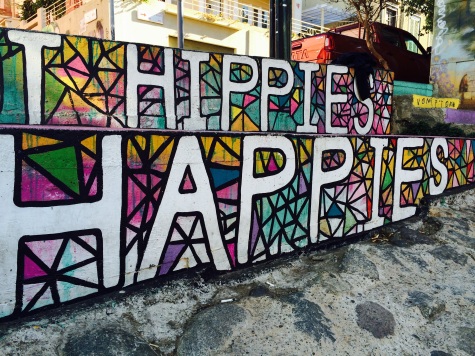 Yeah, yeah, ‘happies’ is not actually a word: call it poetic freedom! 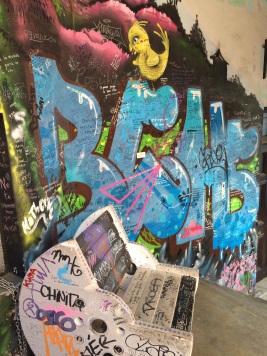 An incredible graffiti scarred by a jungle of phone lines 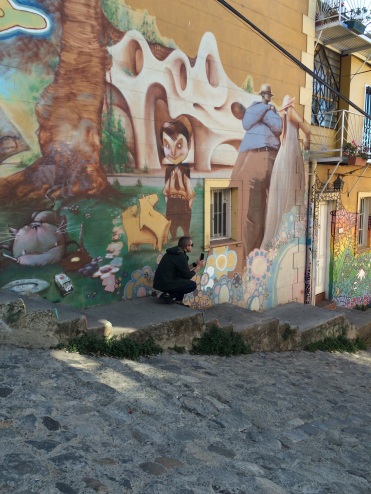 There are two types of graffiti in Valparaiso: true art…

We missed a lot of memorable murals: google ‘Valparaiso street art’ to check them out 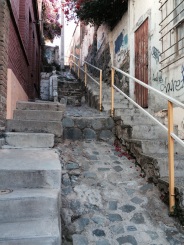 Search for ‘Valparaiso Cerro Abajo’ on YouTube to see what some crazy mountain bikers do on these streets! 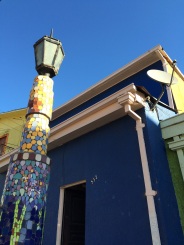 A bit of Gaudí on a street lamp

Look at that sky! Oh, and the Saint Paul church was nice too

Jules soaking up the sun (we were pretty lucky with the weather, Valparaiso is usually cloudy and windy this time of the year) 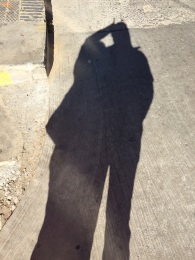 Not quite the same as Pablo Neruda’s, but our apartment had some spectacular sunsets too! 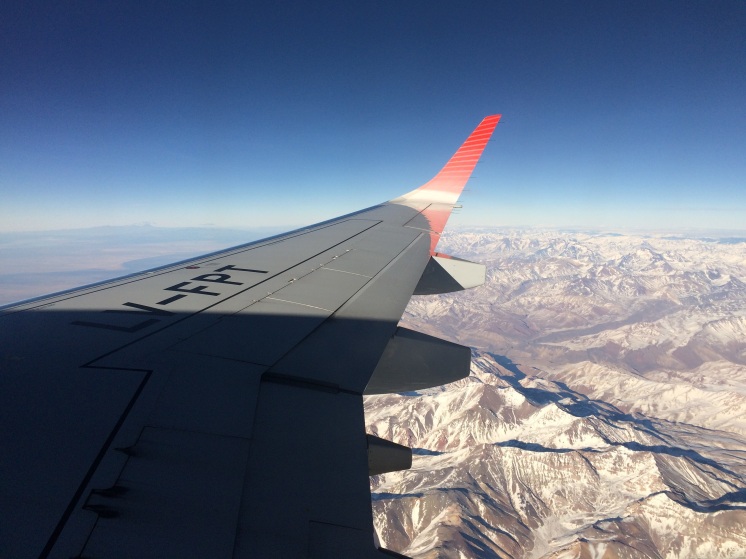 If Neruda is one of the cornerstones of Valparaiso’s culture (of the whole Chile actually!), a visit to the Unesco World Heritage ‘cerros’ Alegre and Conception is the other must do in Valparaiso. The hilly streets are beautifully decorated with splashes of colour and creativity that will make the steep climb well worth it. And if you don’t feel like climbing all the way up, you can always take one of the eight funiculars still existing in the city. If you are religious you might want to take a prayer before, as for some of these funiculars the last maintenance seems to have been done before electricity was invented, but I might be exaggerating a bit 🙂 A one day visit is clearly not enough to grasp the full intensity of Valparaiso. Every house, every corner, every street appears to hide new and exciting promises. It has however allowed us to get a glimpse of what Neruda meant with his ‘Oda a Valparaiso‘: “qué disparate eres, qué loco, puerto loco, qué cabeza con cerros, desgreñada, no acabas de peinarte, nunca tuviste tiempo de vestirte, siempre te sorprendió la vida, te despertó la muerte (…)” It is definitely a place to visit and will be saved in our best memories of this trip. Taking off to Peru now, to one of my most anticipated visits: the Machu Picchu. Talk to you soon! Jules *