Before our round-the-world-trip, Jules and I spent some time in Switzerland, working. We count ourselves lucky if we happen to share a time zone, but this time both of us had assignments that required frequent trips to Switzerland. We made Basel our home away from home, and at the break of each day Jules would hop on a tram to get to the other side of town, and I would catch a train headed to Zurich. 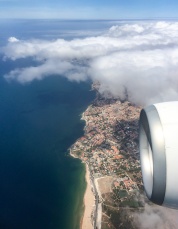 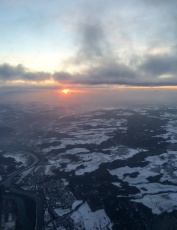 … and arriving to snowy Switzerland

Waiting for the train on a cold winter day

Swiss trains really do run on the dot

The other day I was rummaging through the pictures from that time and realised there’s not that many of them. Indeed, after spending the better time of a year in Switzerland, I can’t add much to the usual clichés: it’s green and hilly; trains run on the dot; and there’s great cheese and chocolate everywhere.  Oh, and it’s probably one of the few landlocked countries with a navy (used to patrol the border lakes).

In retrospect, what could we have done differently to make the most out of our time in Switzerland? A few things, I think.

One. We should have looked out the window more often. Whether commuting to the office, having lunch or simply sitting at a desk, raising your head costs only a couple of seconds but can open your eyes to things you may never have a chance to see again. 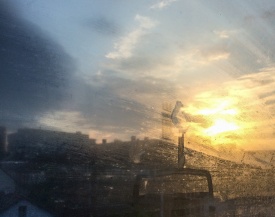 A quick birthday celebration before heading out to work (Basel, Switzerland) 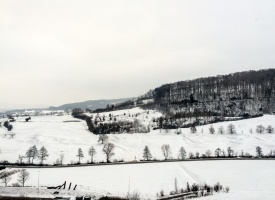 Two. Resist the urge to kick off your shoes at the end of a long day and go out instead. Go for a run, a ride or just the pub. 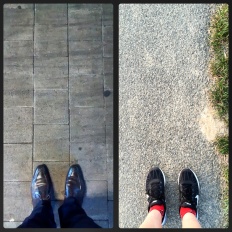 Out goes the suit and in comes the running gear (Basel, Switzerland)

Packing up the bike for a plane ride (Lisbon, Portugal)

Bicycles are a great way to discover a new place (Basel, Switzerland)

Jules cycles to the German part of Basel

A friendly swan in Basel’s tripoint, where Switzerland, Germany and France’s borders meet 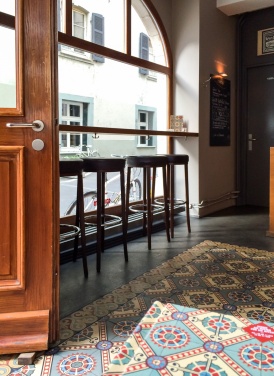 Heading out to a pub (Basel, Switzerland)

Three. Stay for a couple of days more than you need to, and get to know town. Take Basel, for instance: out of the window of a taxi it looks like a nice but sleepy old town. But it has Basler Fasnacht – Switzerland’s biggest Carnival – a chance to see the otherwise poised Swiss go bananas. BaselWorld, the world’s largest watch and jewellery show. And the Beyeler Foundation, where Paul Gauguin’s When Will You Marry (the painting that was sold for $300 million) could be admired from just a few feet away. 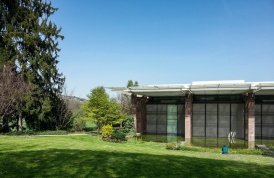 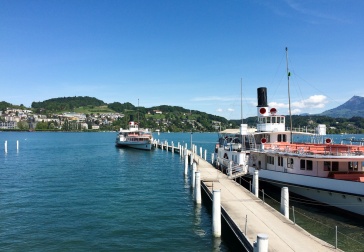 Waiting for the train, somewhere near the Swiss-Italian border

I have a work trip to Brussels coming up in a few days, I’ll let you know how these tips play out!

5 thoughts on “Making the most out of work travel: our time in Switzerland”