Flamboyant. Extravagant. Frivolous. Once called a “very expensive birthday cake”, this 18th century Rococo summer palace reflected the carefree lifestyle of the Portuguese monarchy of the time, inebriated by the gold and riches brought from Brazil. But things would soon take a turn to the worse, with the Queluz Palace playing a central role. A dead King, a mad Queen, an invading Napoleon, a fleeing royal family and a ruler that would come back to die in the same bed where he had been born.

The palace was never meant to be an official residence as, at the time, Queluz stood quite far from the hustle and bustle of Lisbon. In 1777, Queen Maria and her husband King Pedro III ascended to the throne and dismissed Marquis of Pombal, who had been de facto running the country. Weary from the affairs of the state, the monarchs would often use the Queluz summer palace as a quiet refuge. 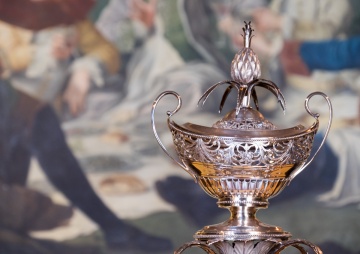 When the king died, Queen Maria’s mental health deteriorated and she would spend more and more time at Queluz. In 1794, after a major fire destroyed the royal quarters of the Ajuda Palace, Queluz became the family’s official residence. 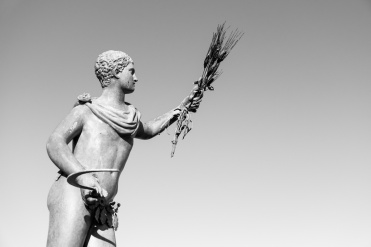 The turn of the century would not bear better news. In 1807, supported by the Spanish crown, Napoleon invades Portugal. In a rather questionable move, the Portuguese royal family hastily leaves the Queluz Palace and flees to Brazil. By transferring the crown to one of the Kingdom’s colonies, sovereignty would not be lost but the population would be left to its own devices. 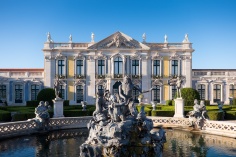 Under the heavy weight of indignity, the fleeing ship carried the King D. João VI, the Queen Carlota Joaquina and their sons to warmer waters. Their eldest, Dom Pedro, born in a beautiful room at Queluz, didn’t let his shielded childhood get in the way of becoming a decisive – albeit controversial – ruler. Through a series of cunning political plays worthy of a Brazilian novela, he would see his son Dom Pedro II become the first emperor of a truly independent Brazil, and his daughter Dona Maria II the Queen of Portugal. 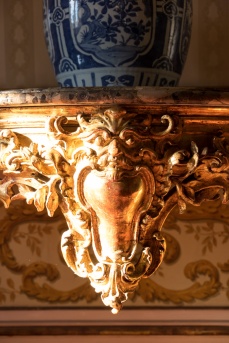 The second part of that plan required him to return to Portugal, a hard thing to do for someone that had fallen in love with Brazil. Once back to this side of the Atlantic, he fought a civil war with his brother Dom Miguel, who had in the meantime ascended to the throne. In 1834, Dom Pedro – supported by the British – and Dom Miguel – supported by the Spanish – clash in a final battle near Tomar.  Overpowered, Dom Miguel retreats to Alentejo and signs a peace treaty that makes Dom Pedro’s daughter the Queen of Portugal. 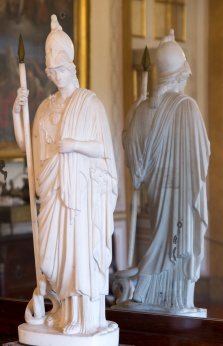 But, weakened by the rigors of war, Dom Pedro dies of tuberculosis that same year. In his last moments, spent on the very same Queluz Palace bedroom where he had been born, he wrote an open letter to his son and the people of Brazil, urging for the end of slavery:

“Slavery is an evil, and an attack against the rights and dignity of the human species, but its consequences are less harmful to those who suffer in captivity than to the Nation whose laws allow slavery. It is a cancer that devours its morality.”